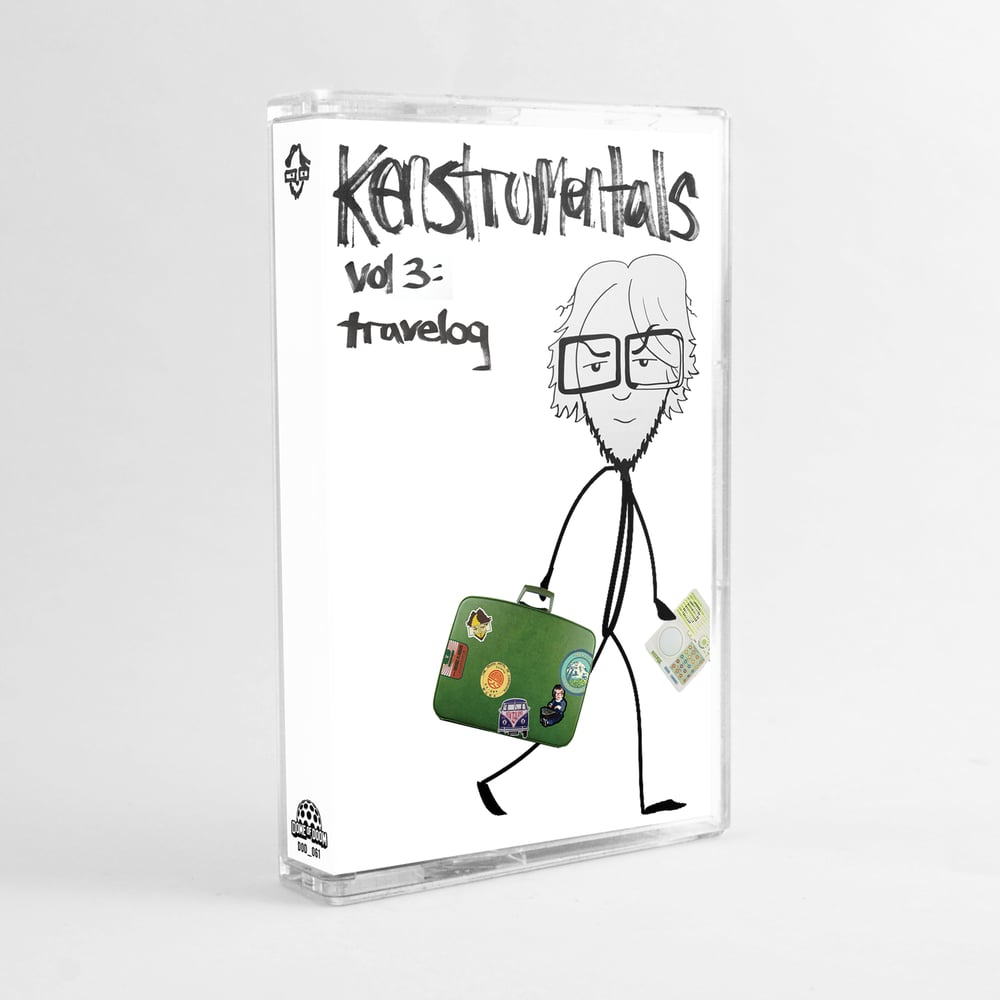 "For this third installment of the Kenstrumentals beat tape series I decided to theme it off my recent travels. Last year found me in New Zealand and Taiwan, as well as all over the Pacific Northwest on tour. I saw and experienced a lot of crazy stuff and its definitely influenced the music I've been making lately!

Once again I've adhered to the formula of previous Kenstrumentals beat tapes in that I mixed together some unreleased instrumentals of rap songs I have produced along with a bunch of brand new beats. This time around you can find instrumentals from milo and open mike eagle's latest projects as well as a few classics from back in the day. You'll notice a few of the rap song instrumentals are labeled with the original song title plus [dub]. These ones are exact instros to the rap song. A number of the other rap song instrumentals have names that are not related to the rap song. For these ones I thought it would be interesting to put out the original beats as I gave them to the MC before they wrote a song to it. I thought these versions are often better formatted for instrumental listening as well as it gives a little insight into the process of creating the songs. The names for those ones are the original names I had given to those beats when i made them. And the brand new beats are mostly named after various things I experienced abroad last year."

All tracks recorded, produced, mixed and mastered by Kenny Segal